Contact information:
Whether you need to discuss a potential project or require support, please contact me on: denis@cadrender.co.uk.

This time I was asked to develop a “circular” version of

to allow 5 gaming cabinets to be positioned in one circle. It was quite sophisticated idea taking into account that one of the requirements was to keep the top part curved (with acrylic panel). 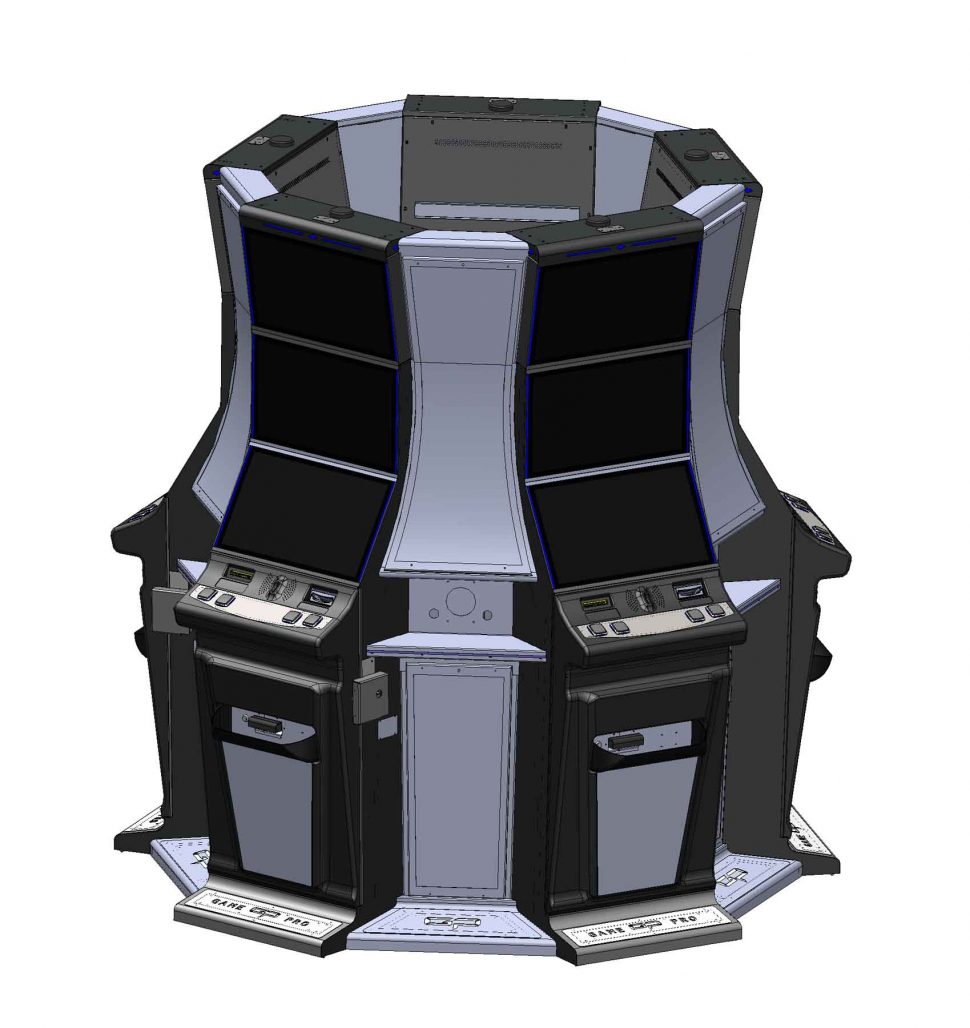 This concept tested my imagination and designing skills as practically all faces were sitting angular in relation to each other. One of the challenges for me was to create a nice set of alignment elements in order to allow manufacturer weld all components in precise position.

As it was with

version of infill, the new version also received illuminated drink shelf and charging point for gadgets. Top and bottom door were designed to be easily removable in order to allow easy access for maintenance and replacement of the artwork panels 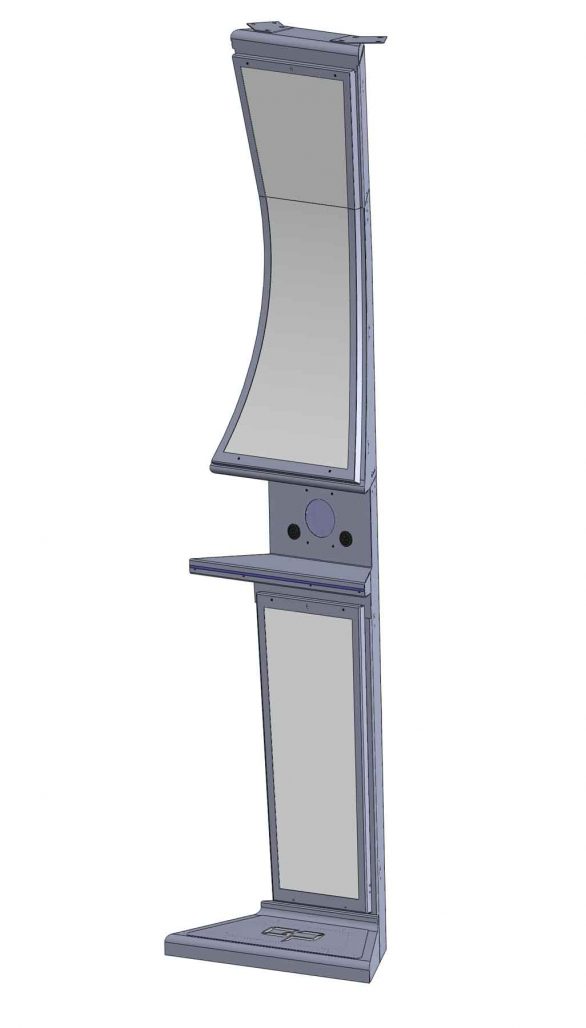 I was quite exited to see the first prototypes and very happy with the overall quality. Development samples were tested in-house and upon accomplishment of these tests I made a number of minor updates which brought the quality to the top level. 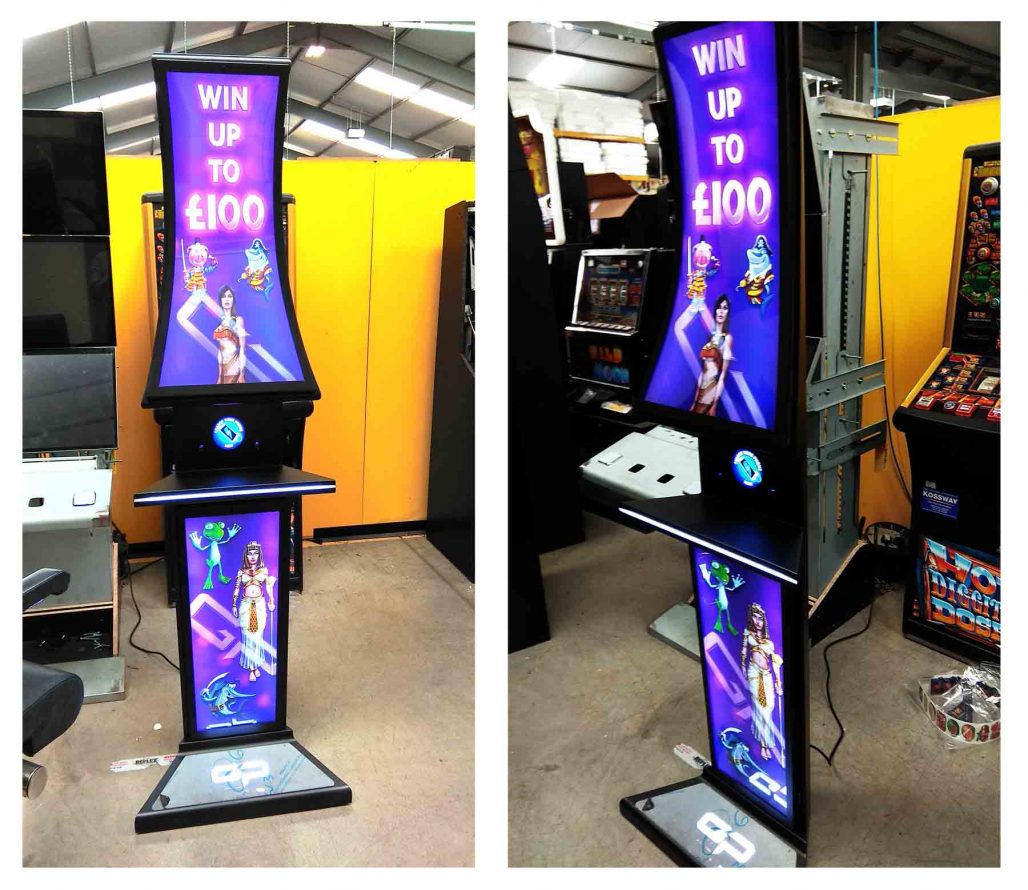 The product received quite a lot of attention on the market as it was difficult to find similar product. I enjoyed developing this product and very happy with the result.

Infills are those little cabinets that are fitted between main gaming machines in order to create a constant line / or circle of cabinets without gaps between them (most commonly seen in a big leisure centres and casinos). They also allow each player to have a comfortable amount of space as well as provide the space for a service maintenance.

Infills are those little cabinets that are fitted between main gaming machines in order to create constant line of cabinets without gaps between them (most commonly seen in a big leisure centres and casinos). They also allow each player to have a comfortable amount of space as well as provide the space for a service maintenance. 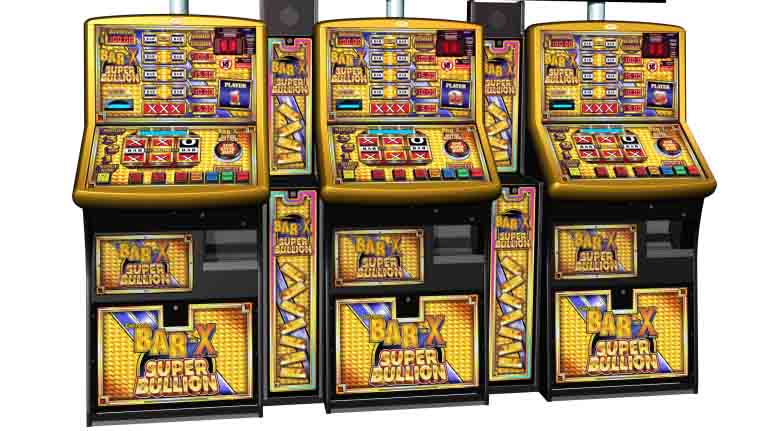 Straight after accomplishing the new GamePro cabinet for Reflex, I was asked to develop linear version of infill with illuminated top and bottom acrylic panels, drink shelf and charging point for gadgets. To make this product stand out from the crowd I decided to develop infill with slightly curved shape of the top part which can follow profile of the main cabinet. 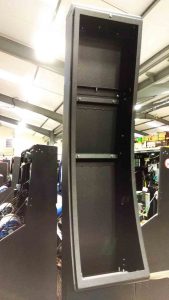 One of the other requirements was to create illuminated edge at the front of drinking shelf. This feature was supposed to provide better user experience in a dark environment by highlighting the area of the drinking shelf and attracting user attention. 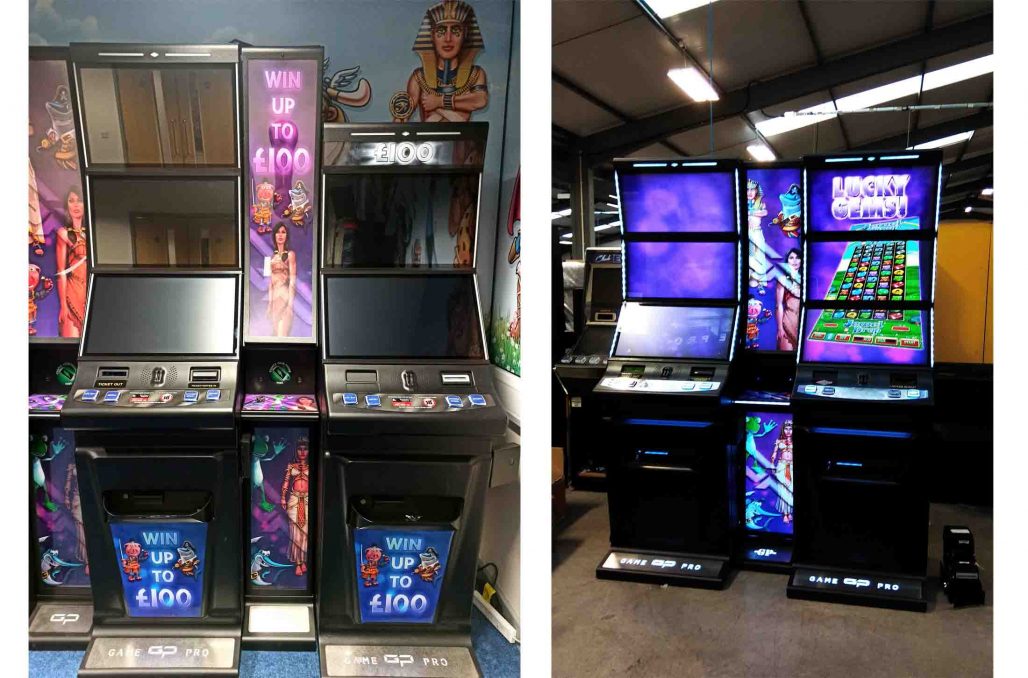 I enjoyed developing this product and was happy to see the final result of my work.

After nearly a year since accomplishment of the GamePro cabinet, I was asked to develop another version of this line – GamePro Max cabinet. One of the main requirements was to develop a cabinet with a low position of the button deck to allow players enjoy gaming experience while sitting on a chair.

Name “Triple” comes from the type of gaming experience which box provides for a group of 3 players. The box was designed to be fitted on top of 3 gaming machines which are sitting in one row and allowing players to have a common game apart from an individual game which each player has. 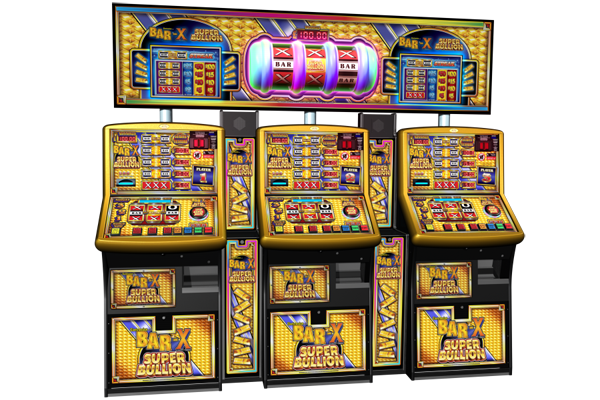 The box supported by 3 metal columns attached to the cabinets and 2 wooden infills which are sitting between them. This type of boxes are commonly can be seen in a big leisure centres and casinos.

One of the most attractive feature of the design is the big protruded reels with halo LED illumination. This feature was achieved by a number of vacuum form components which were designed to be perfectly fit between each other as well as to the front door acrylic panel. 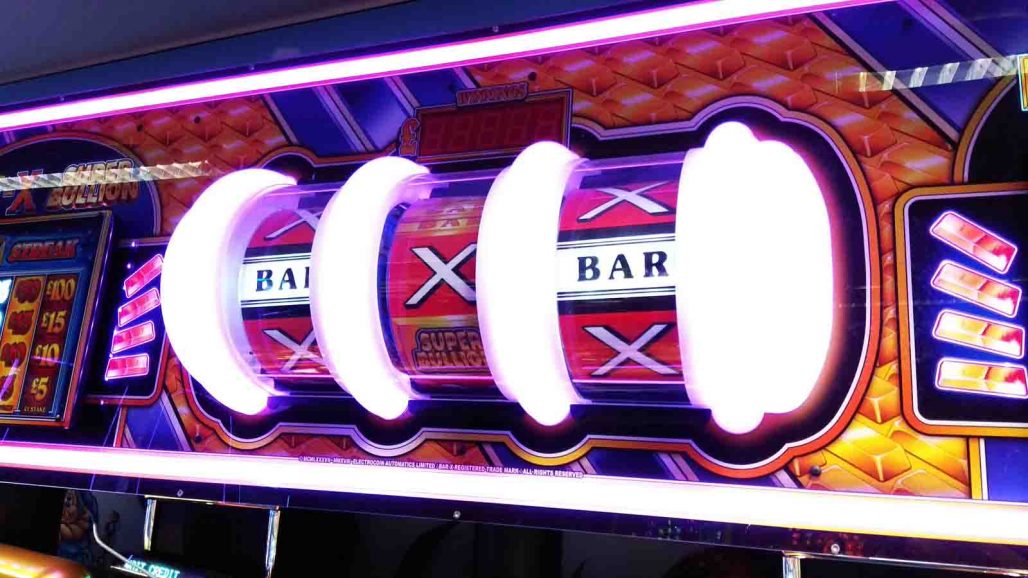 Another attractive feature of the box are 2 gaming displays fitted to the front door and 2 halo illumination lines on top and bottom of the door.

Picture.3 – Top box – Small gaming displays (as seen on each side of the box)

One of the technical challenges which I faced during development of the box was the rigidity of the front door and the box itself. The door was supported by a number of hinges at the top and operated by a couple of gas struts which were lifting it up when the lock was released.

To prevent any “sag” and keep the whole structure rigid, I introduced a number of reinforcement brackets which helped to support the back panel in the upright position and spread the load evenly along the entire length. This idea worked very well and the box went sturdy.

The box became poplar pretty quickly and I was happy to see the success of this product.

CAD Designs, visualizations and rendering pictures for a regular client

Back in 2015 I was first contacted by a client whose business was laid within design and construction of canopies, playground shelters and covered walkways. Below you can see a small collection of projects which were accomplished for the client. 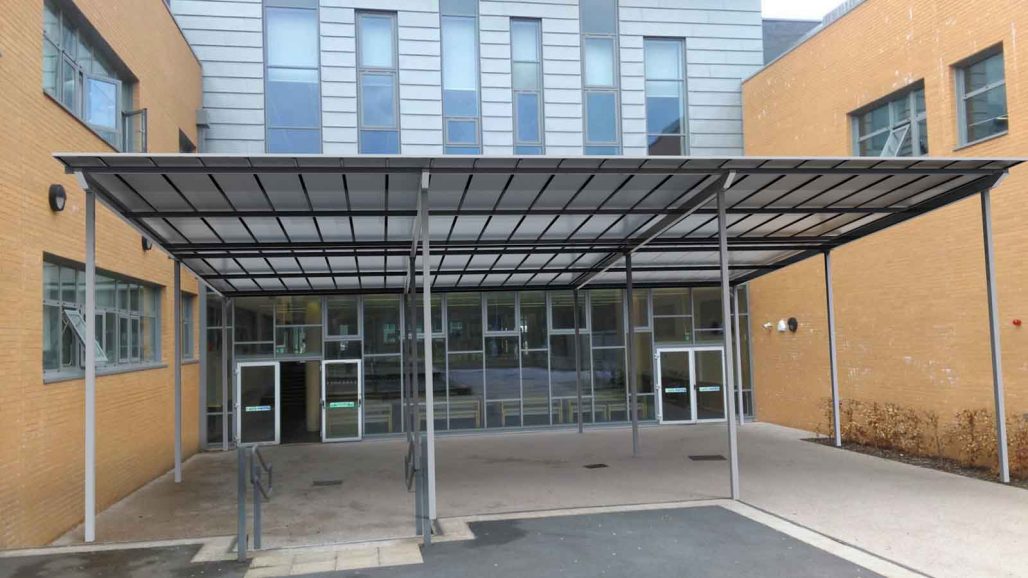 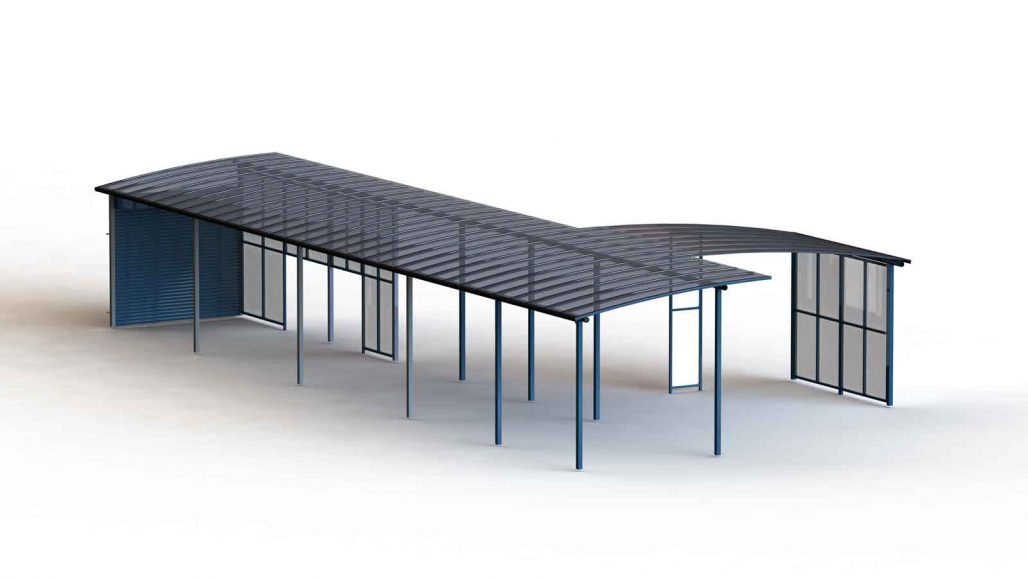 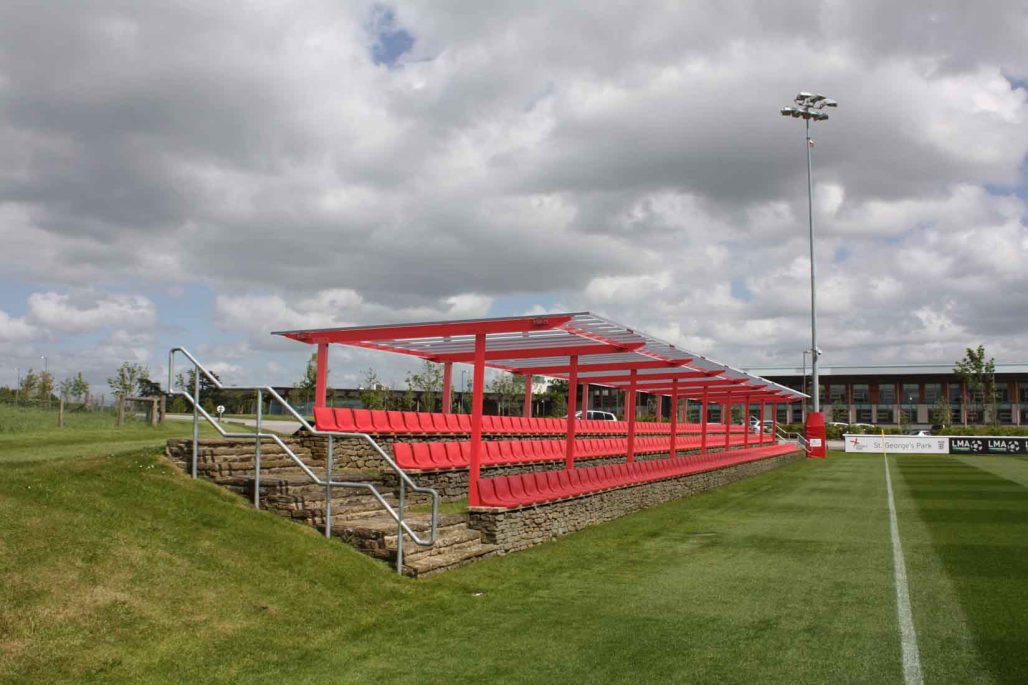 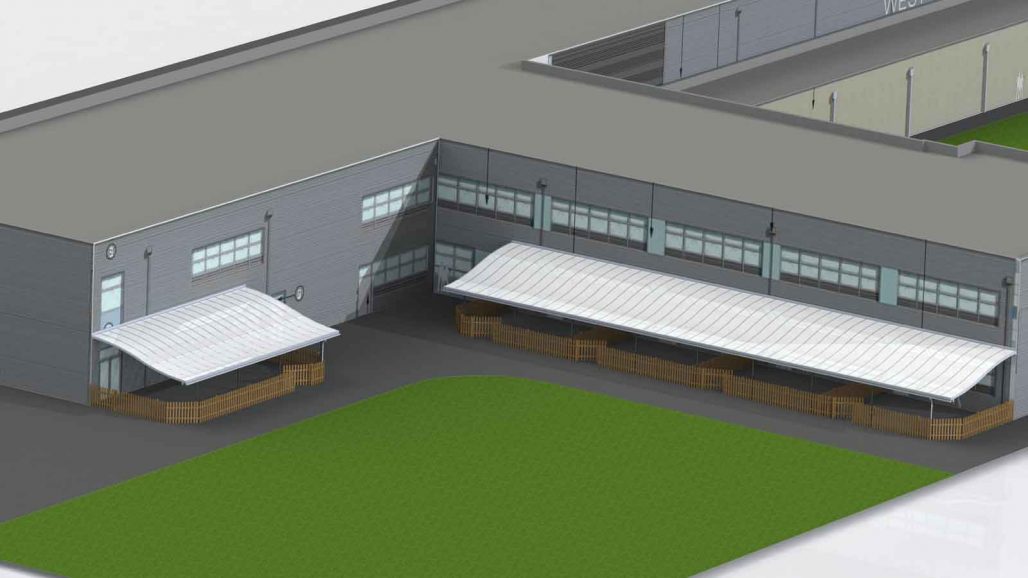 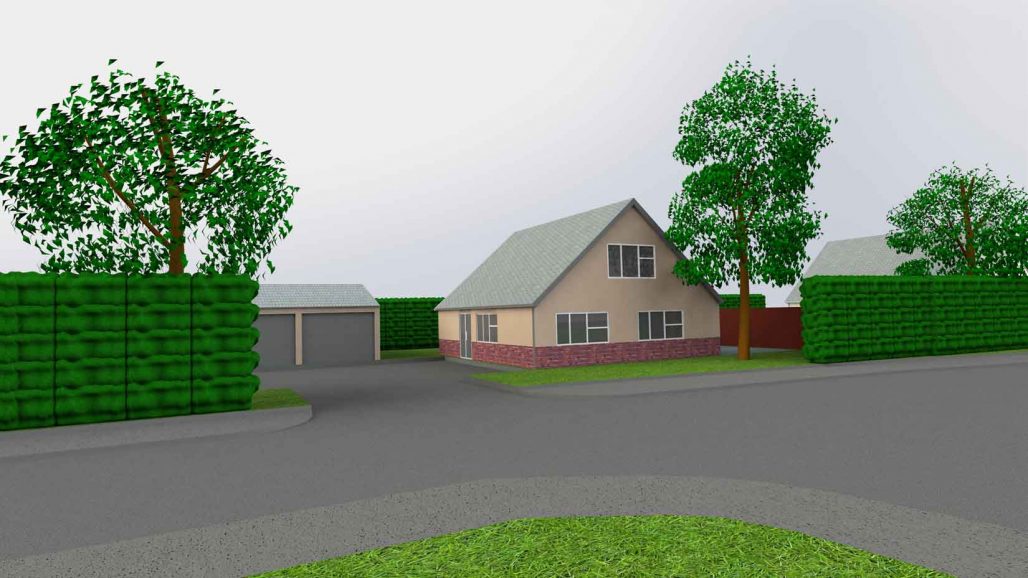 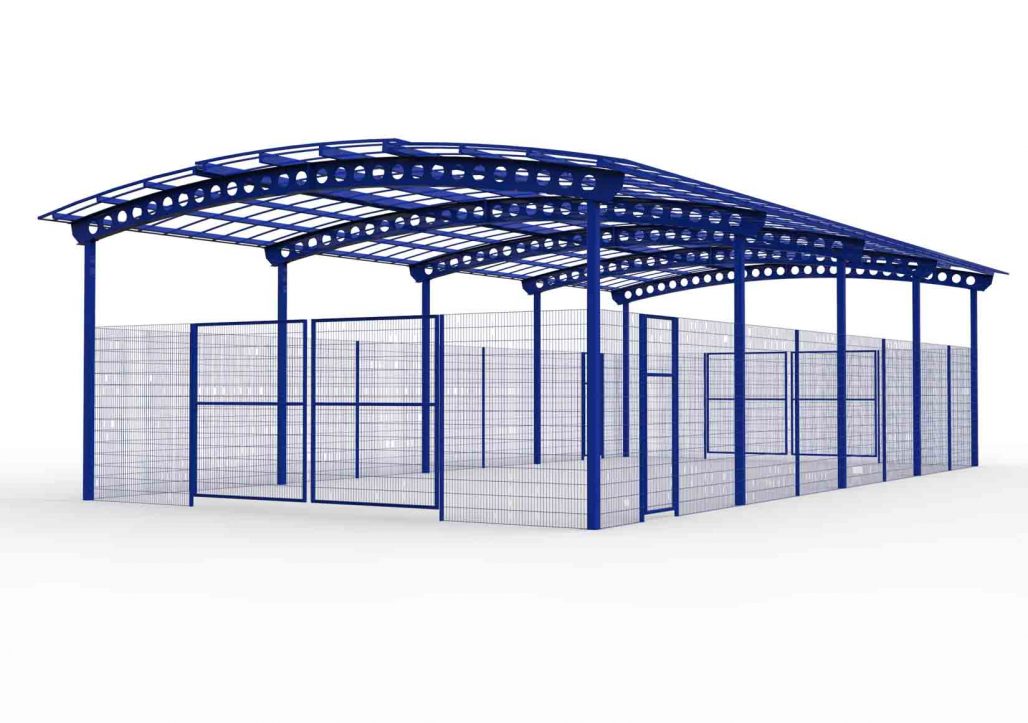 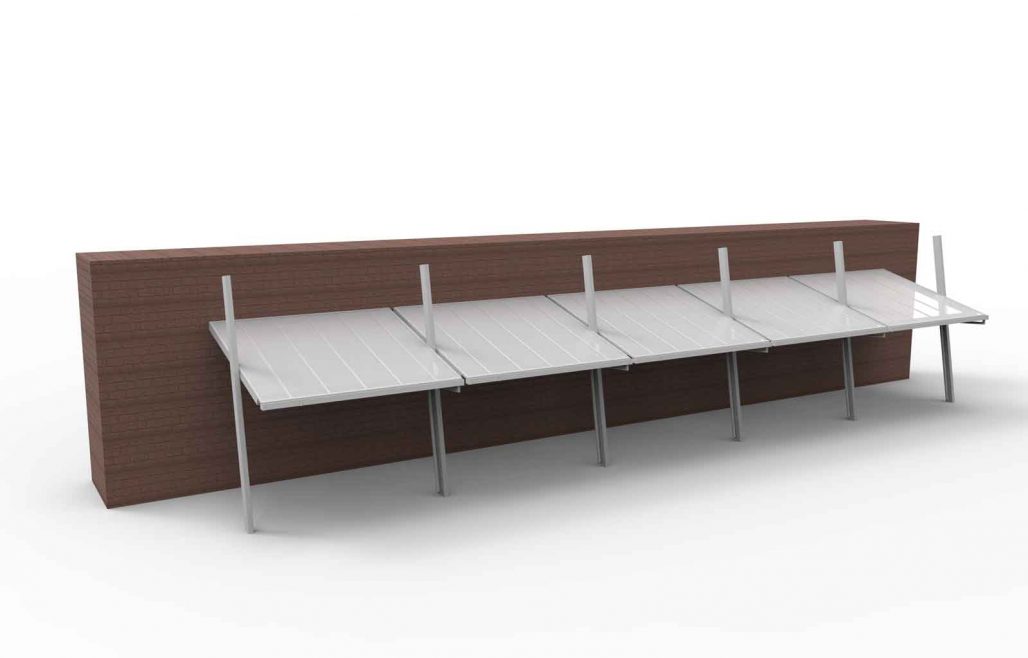 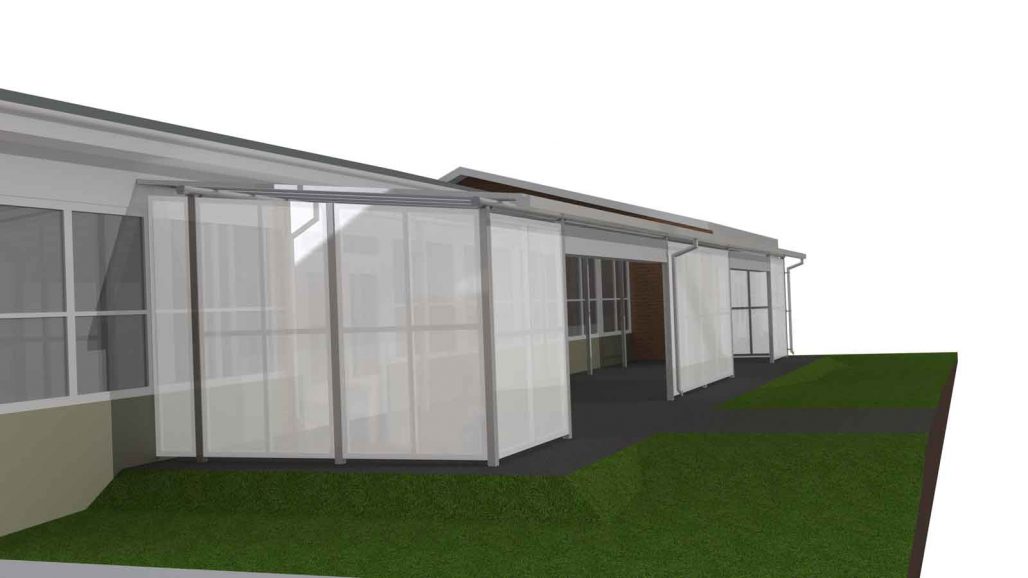 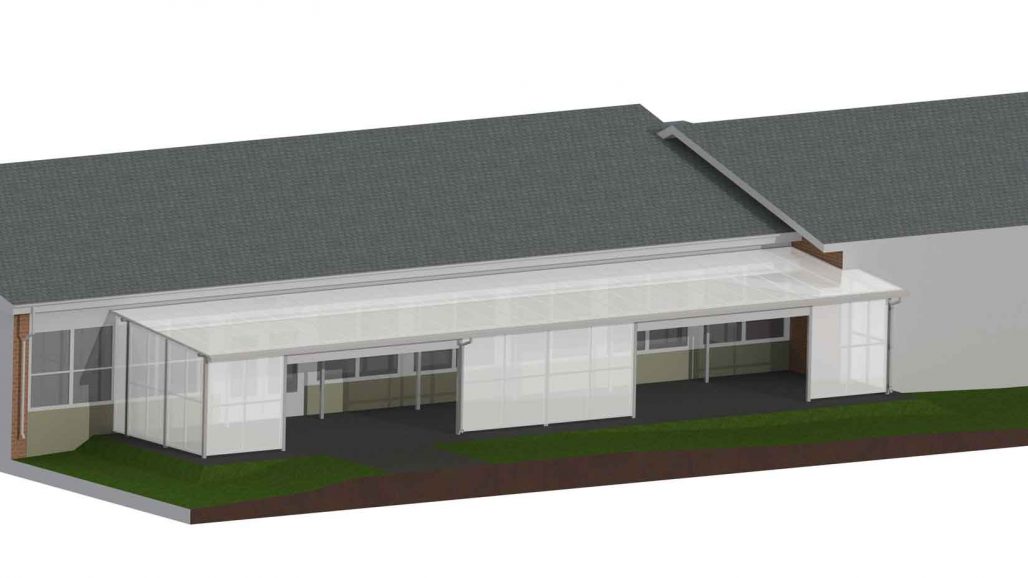 A new client asked me to create a short animation video to explain the overall concept of his new product – “Fountain Spray Bar”. Apart from animation, I was also asked to produce rendering pictures of the product in a different live scenes.

The first animation video shows overall concept of the spray bar assembly with jet nozzles. The second one shows how multiply spray bars can be connected to the water pump with the next installation to the wall surface.

Rendering pictures were made in the KeyShot with some post processing in Photoshop. 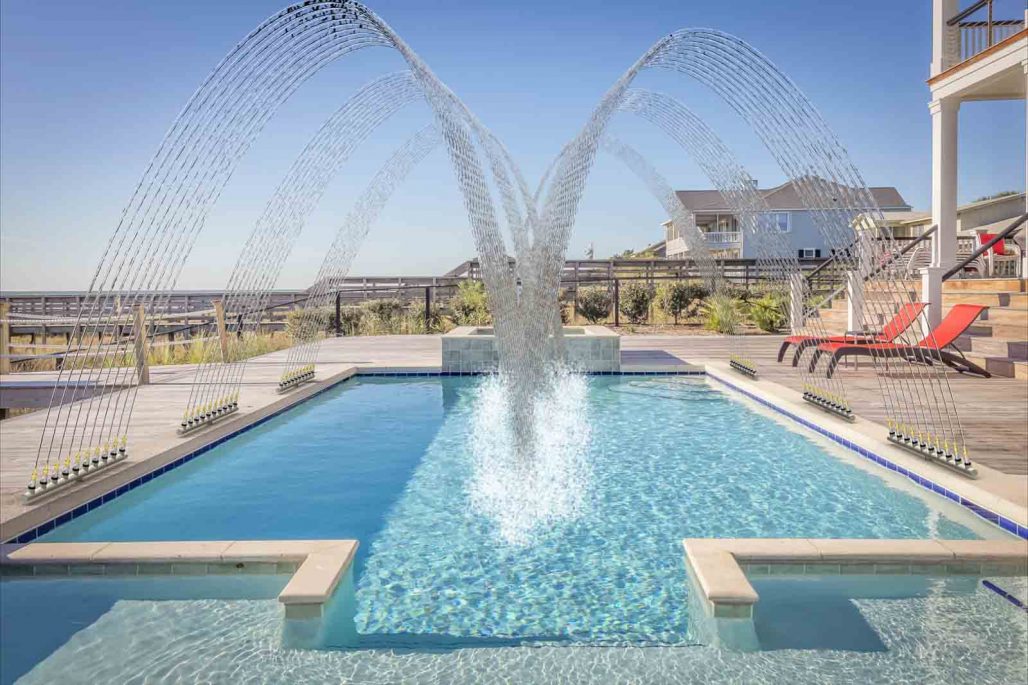 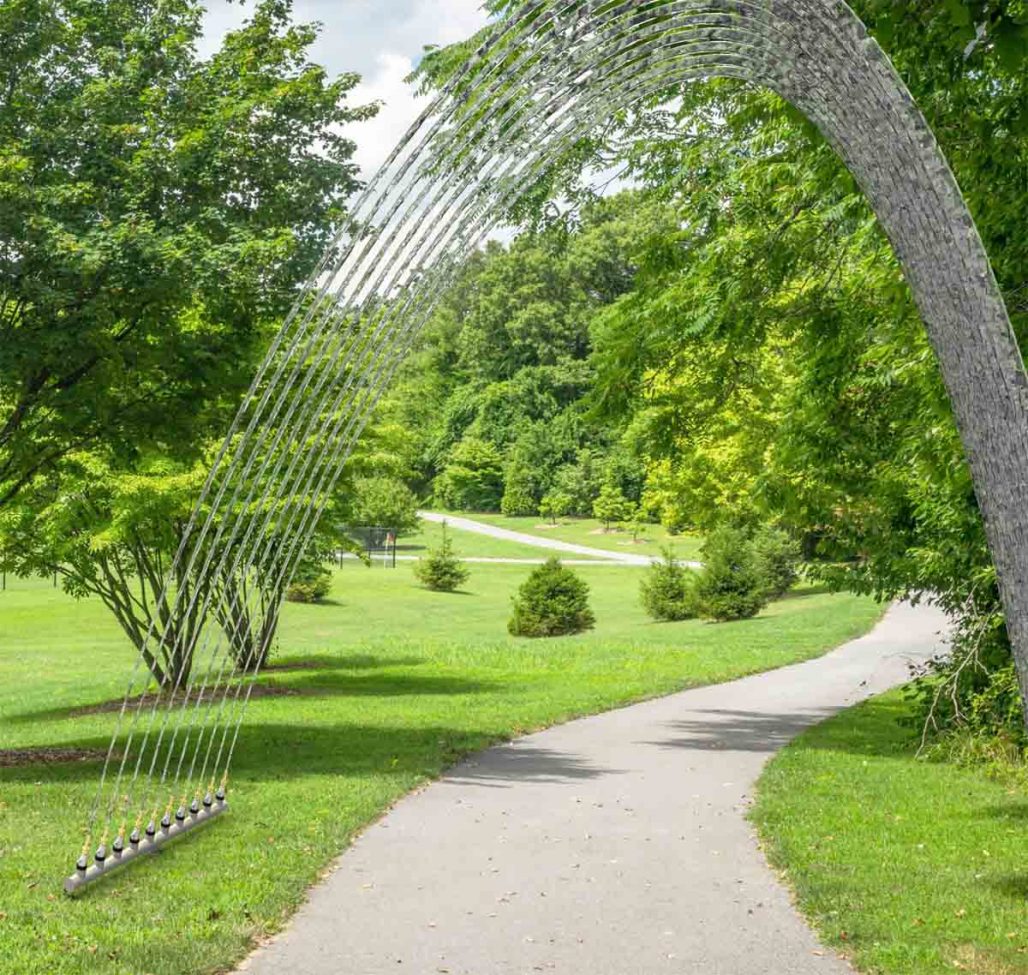 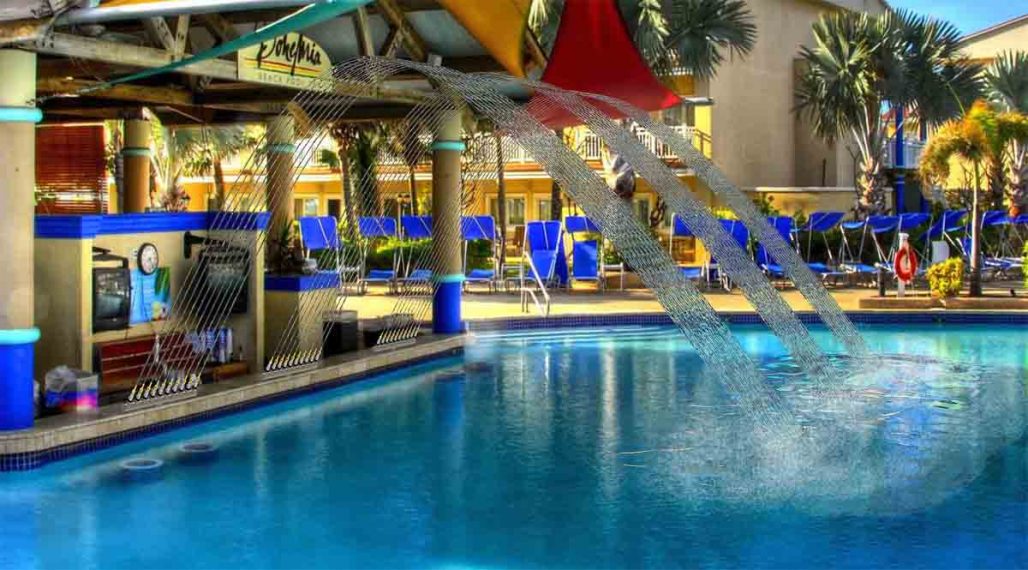 The client was happy with the result and I hope we will have more cooperation in the future.

As I joined Reflex Gaming in 2016, I was given a task to design and engineer a new cabinet for a digital market. The company had a great need in a new cabinet as most of the company products were on a market for more than a decade and lost significant interest during that time.

The initial concept of the new cabinet was based on a wooden chassis with metal covers attached on each side. This idea was supposed to give the cabinet “metal” look and provide extra security. That was also the cheapest way of fabricating the chassis comparing to completely metal design. 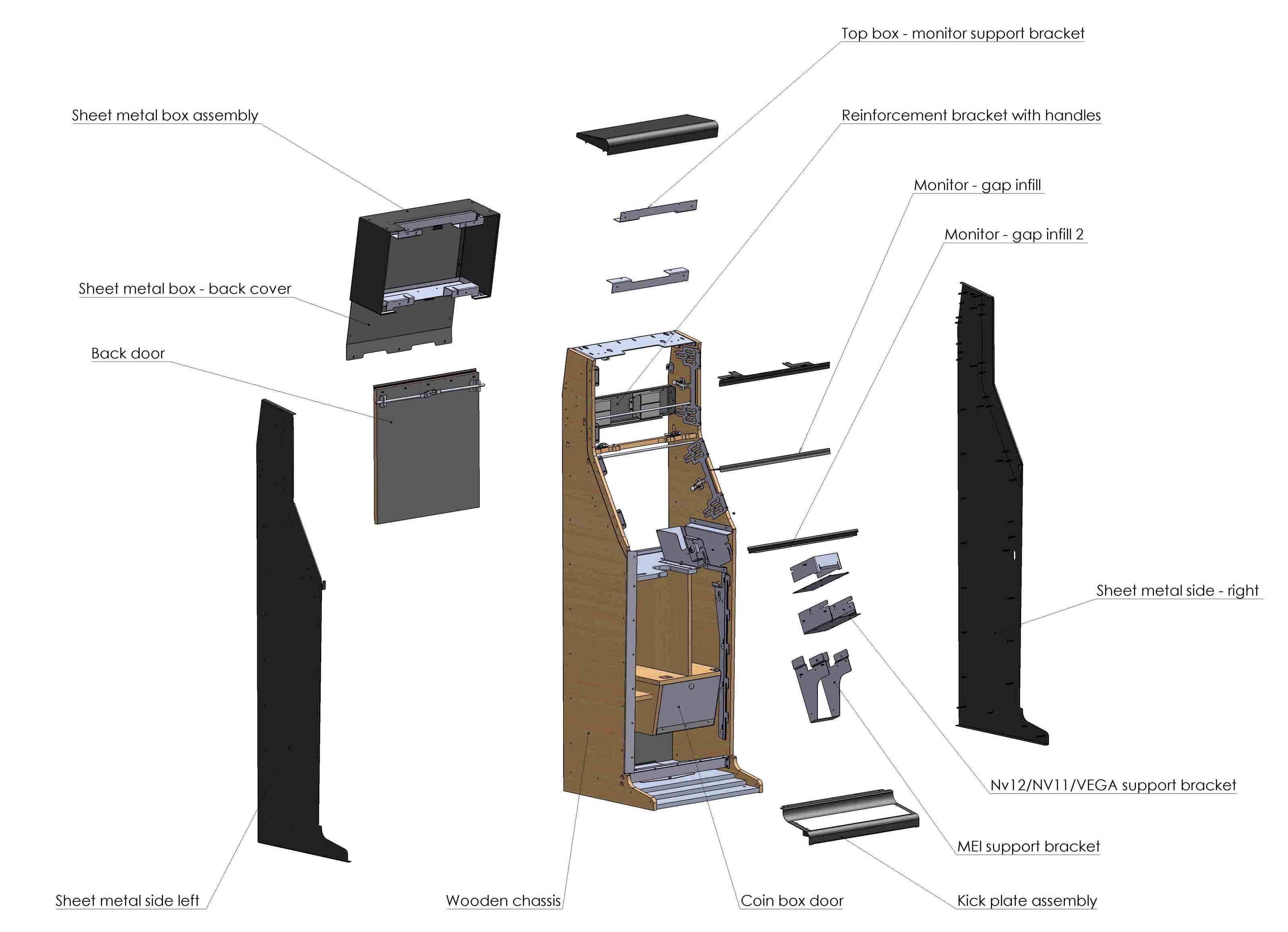 It took me around 8 month to complete the initial “wooden” concept of the cabinet. During that time the company management was actively reviewing my work and making changes to the overall look and operational requirements.

One of the challenges for me was the design of the front plastic door. The cabinet required quite big door in order to allow easy access to internal technology and service maintenance. As the result, the overall height of the plastic door composed 1100mm with the overall width of 579mm. The tooling size was twice the size of the door and took around 3 days of machining time by subcontractor. 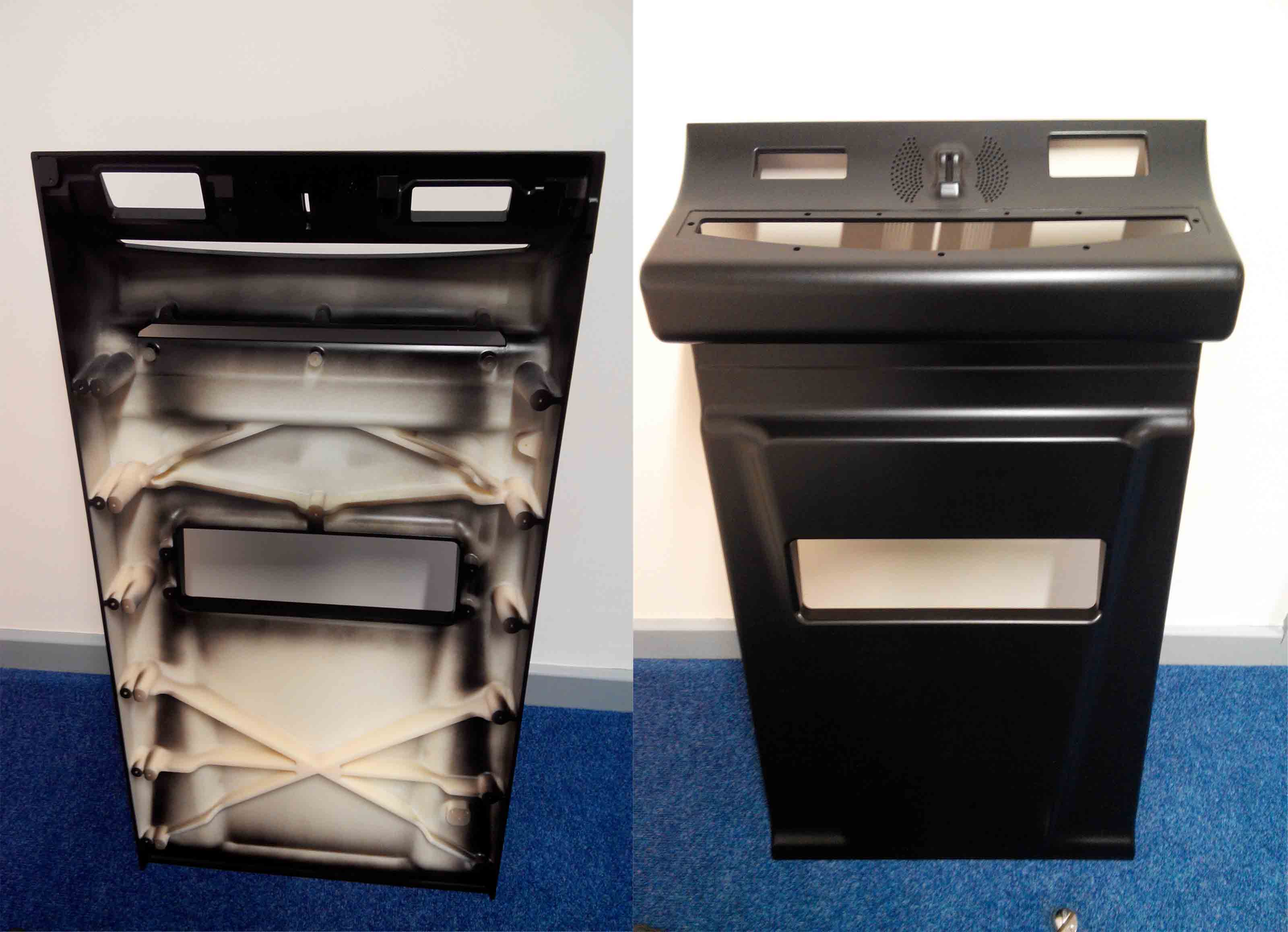 It was very exiting for me to work with the design of the door as it was the biggest plastic moulded part in my career at that time. I spent around 2 weeks finalizing the design and during that time I made a number of changes to achieve the best draft angles, rigidity of the final part and moulding performance. The result over exceeded my expectations.

>Another plastic moulded part of the cabinet was the coin tray. Comparing to the front door it was relatively simple part (pic. below).

When I was close to the finish line, the whole concept suddenly took an unexpected turn as the company management discovered new metalwork suppliers in Europe with attractive fabrication prices. The decision was made to convert the whole cabinet into metal design, but keep exactly the same look.

After extra 6 weeks of conversion the final design was born. The cabinet was designed in 2 versions – Triple screen and Twin screen with ability to convert each version into one another. 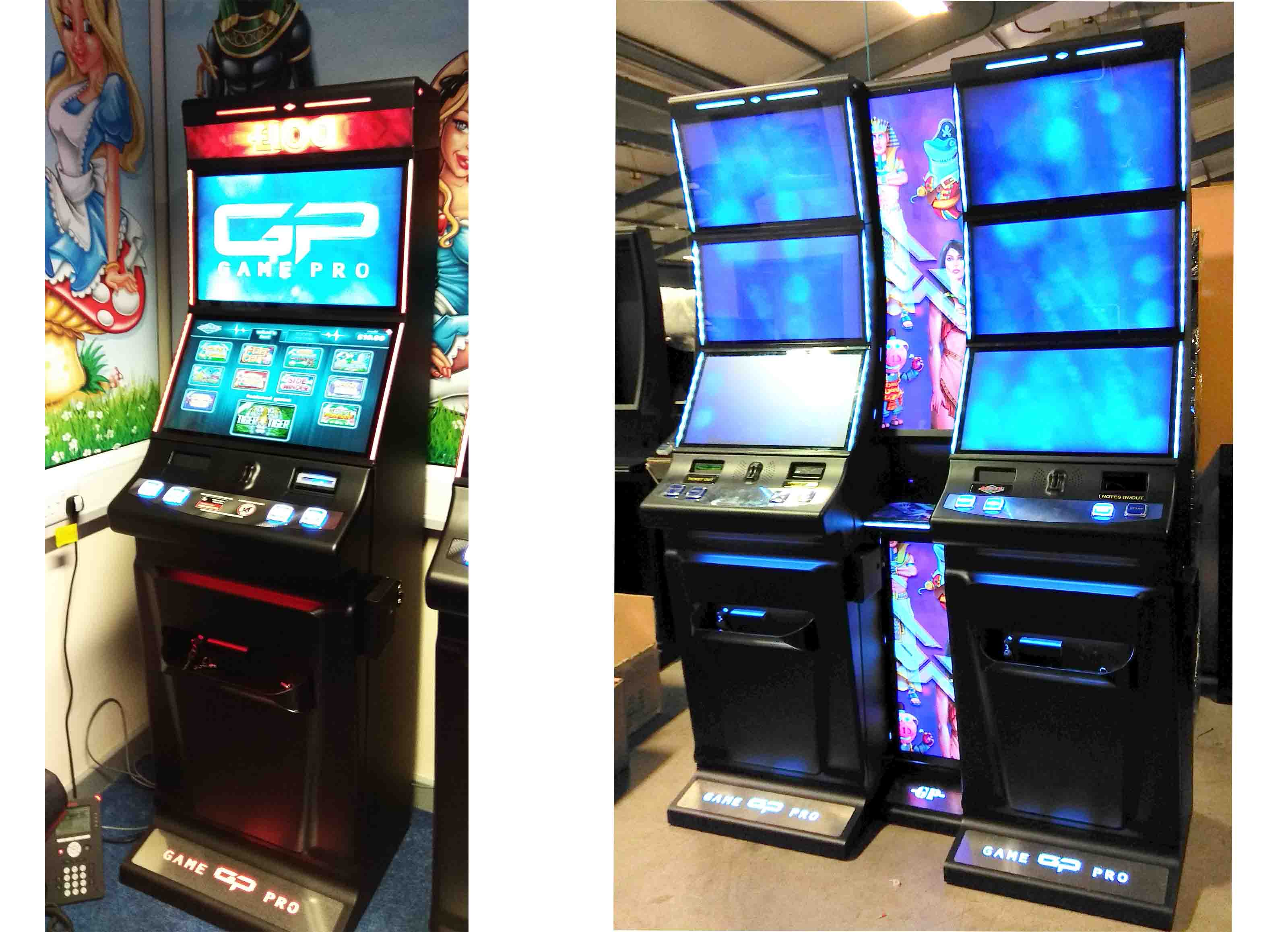 The cabinet received a lot of attention on the market and ultimately became the company top product. I was happy to see the final result of my work and success of this product.